Planning for a stage of life viewed as passive and dependent turns many get-up-and-go Americans off, Washburn asserts. 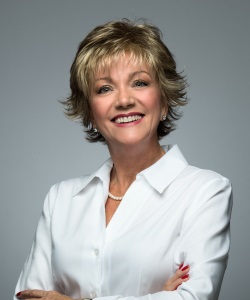 An aging workforce and maturing Baby Boomers are escalating the need for senior services. Failing to plan for this jeopardizes federal and family pocketbooks and could perturb the economy. An effort to include long term care in Obamacare fizzled, leaving the issue to the private sector. But fewer than 10% of older Americans have availed themselves of LTC insurance, and company benefit managers are only beginning to include the protection in benefit packages.

Why the lukewarm attention to this issue? “We think it’s a lack of will based on a perception that’s no longer true,” says Janet Washburn, FL-based agent of ACSIA Partners. “That’s why we’re fielding the concept of ‘empowered living.’ It’s the new reality in LTC, but most people don’t see it. Once they do, we think they’ll be more interested in thinking about it and protecting themselves.”

It used to be that long term care was a rather passive and dreary thing, Washburn points out. “People ended up in a nursing home or relative’s spare bedroom. Too often they felt disempowered, and it was downhill from there.” But the care scene has changed, Washburn reports, and will change even more in the years ahead.

“Today, with good financial planning, you can look forward to years of rewarding, self-empowered living in spite of needing care,” Washburn says. For example –

Although the reality of living with long term care has changed, the old negative feelings persist. This is especially so among middle-aged Americans who are still working and raising families.

“They tend to associate needing care with passivity, loss of control, dependence, decline, and being a burden on others,” says Washburn. “They sometimes even feel shame, fear, or repulsion when thinking about it. So they put it out of mind.”

Today’s youngish 40-somethings and 50-somethings are the ones who most need to think about LTC insurance, Washburn adds, because they’re usually fit enough to qualify for it and can get the best rates.

“They just need to look at it positively, from the upbeat perspective of ‘empowered living,’ and then make a plan. Our belief is that many more will do that if we paint the right picture. One’s care years can be an upbeat stage of life – a period under their complete control, full of fresh, rewarding activity, interaction, and effectiveness.”

Janet Washburn is a leading long term care solutions agent in FL, serving consumers as well as organizations. “We’re glad to help them find the best, most affordable solution for their situation,” Washburn says. Information is available from Washburn at janet.washburn@ltcfp.net, http://janetwashburn.ltcfp.com or 239-404-7590.

Janet Washburn demonstrated that she is a highly qualified professional and expert in the field of long term care issues and insurance. During her presentation, she was responsive to questions and… Read More